​In December 2017, NZ Transport Agency (NZTA) invited the community to provide feedback on possible ways to improve road safety on State Highway One between Rakaia and Ashburton (the project includes the Highway north of Dunsandel to the Selwyn River Bridge). They asked what makes this road feel unsafe and what worries people the most.

NZTA have now released a feedback summary detailing what the community said about that stretch of road. You can view the summary here.​​​​​ 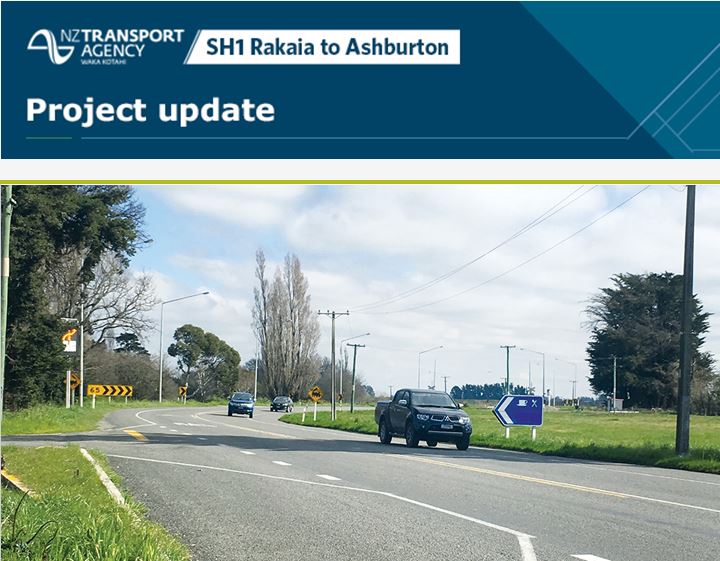 At all intersections check, and check again.

43 per cent of all crashes in Ashburton District occur at intersections. Between 2012 - 2016, 361 crashes occurred at intersections in the district. Of those crashes, 114 involved an injury and nine were fatal.

How to reduce your chances of crashing at an intersection

Learn more about Give way rules

Know your way around roundabouts

Road safety is vital for drivers of all ages.  As part of the Ashburton District Council Road Safety programme, mature drivers in the Ashburton district are offered a free annual course which is run by Age Concern.

What does the course involve?

You will be guided through a one day, 5 hour session using a workbook which you keep at the end of the course.  The course is designed to be informative, enjoyable and informal.  There are no tests or exams and you will receive a certificate of attendance.  The course is free with morning tea, lunch and refreshments provided.

Who is this course for?

If any of these scenarios have happened to you, then this course is ideal:

Stay safe on the roads in winter

First and foremost consider if you even need to drive on the roads at all.  When there is snow and ice on the roads it's best not to travel.  Check the weather forecast frequently in the winter. If the forecast says snow, stock up on food and essential items before the snow arrives to ensure you don't have to go out.  If you do need to travel:

Here are some ideas for items to have in your winter survival kit:

How to drive on snow and ice

Drive to the conditions. Travel slower than you normally would and avoid sudden braking and accelerating.  Pump the brake pedal rather than pressing long and hard if on a slippery surface.  Use a safe following distance of four seconds to the car in front in case they stop suddenly.  Always drive with your lights on.​ 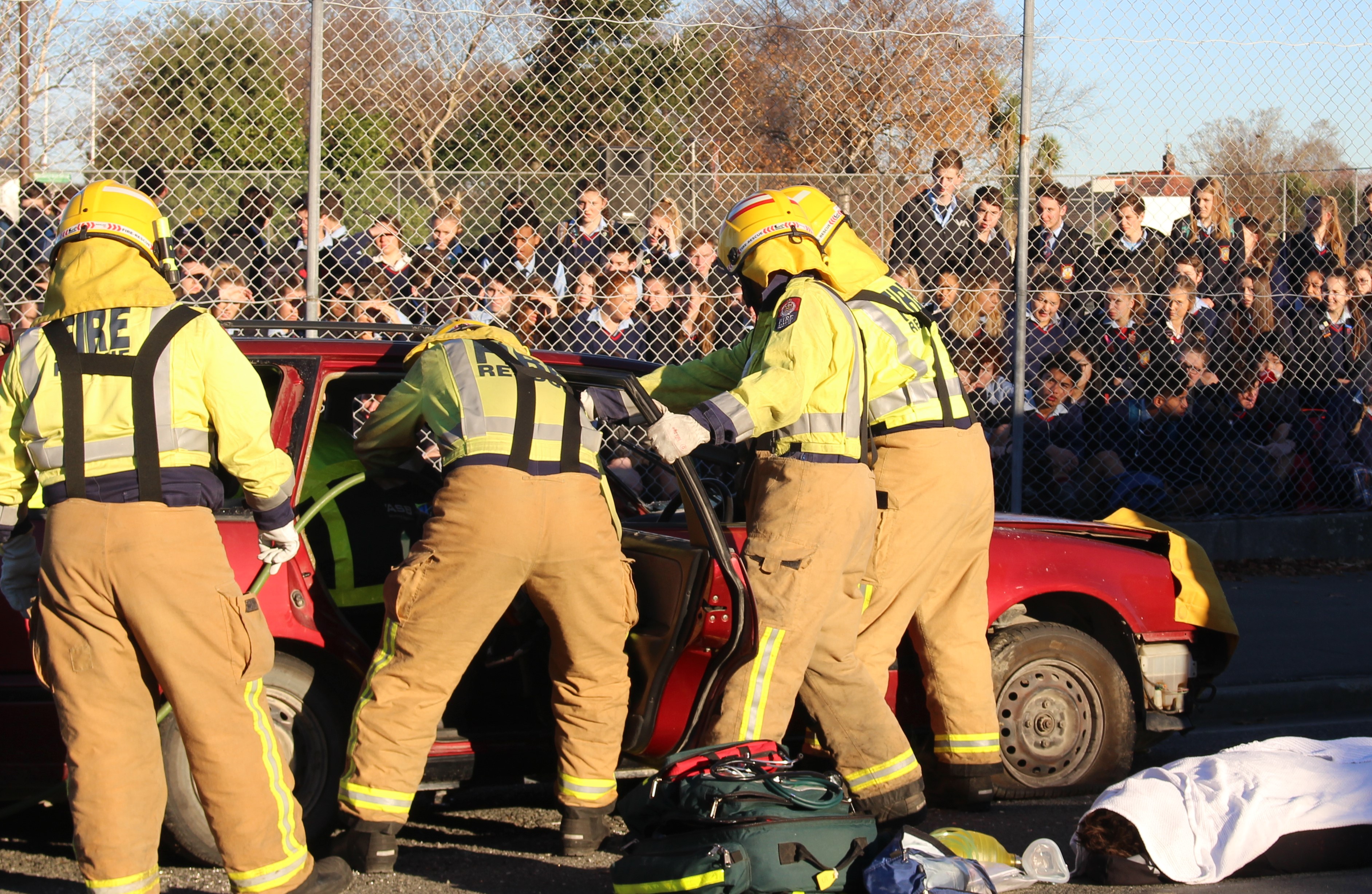 Every year Ashburton College Year 12 students experience Road Crash Day, an event designed to help young people  understand how to be safe drivers.  This event is held in June each year.

The day started with the students watching a serious but mock car crash, complete with casualties, sound effects and real emergency services using the Jaws of Life tool to free trapped passengers.

The staged car crash enabled students to see first-hand how emergency teams treat injured passengers and how a deceased person is removed from the scene of the accident.

Following the mock crash, students were taught about the importance of road safety through a series of workshops. These included presentations from New Zealand Fire Service, Ashburton Community Alcohol and Drug Service (ACADS), Attitude and St Johns Ambulance. The workshops aimed to convey the impact car crashes have on the families concerned, the staff who attend them and on the wider community.

Road safety experts agree that the largest contributor to road fatalities around the world is poor speed selection. In other words: speeding.  The Ashburton district is no exception.  In fact, speeding is one of the highest contributors to crashes in the district.  No matter the cause of the crash, the speed of the driver determines the severity.

Why is speeding bad? 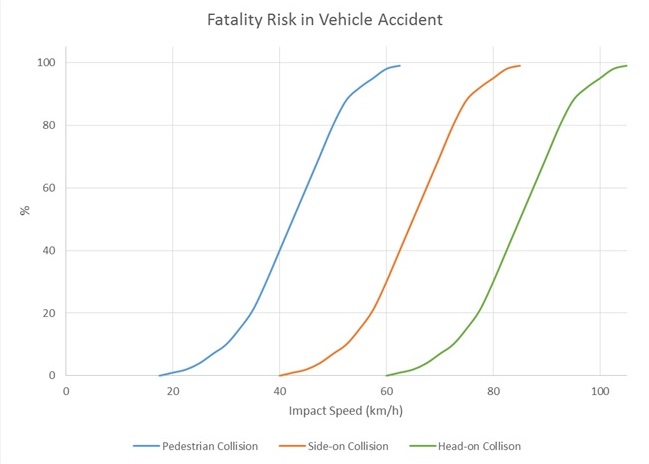 Reducing the average driving speeds by 4 km/h would reduce the total number of road deaths by 15% and the total number injured by 8%.  A 4 km/h speed reduction in New Zealand would stop 480 injuries and save 45 people's lives
​a year. 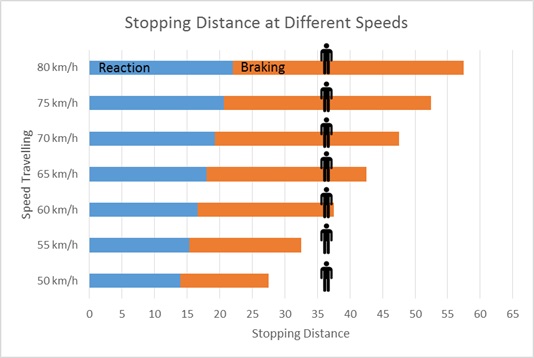 The faster the speed you travel the less vision you have of the surrounding area. This will reduce the amount of hazards you can see and decrease the time you have to anticipate it. 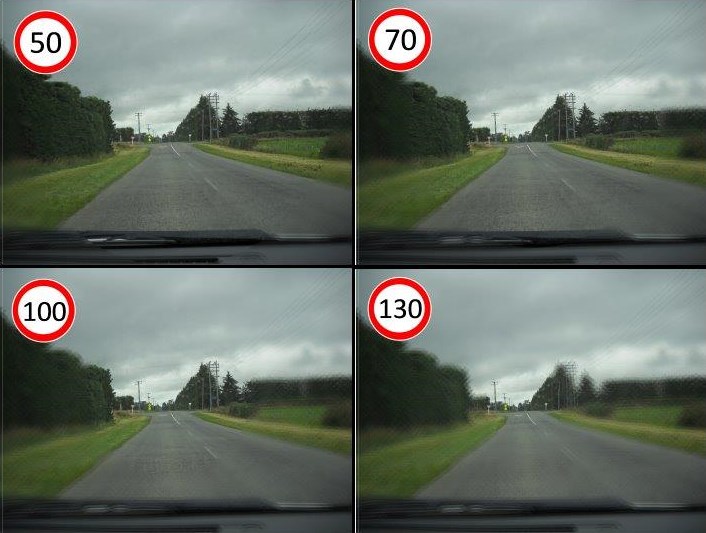 So how can you help?

If you see anyone driving recklessly, make sure you report them here.

Road crashes are the single biggest killer of New Zealanders between 15 and 24 years of age.  Only 16% of New Zealand's licensed population is considered a young driver, yet they are involved in 34% of fatal traffic crashes, 38% of serious injury crashes, 43% of minor injury crashes and were at fault for 77% of these crashes. 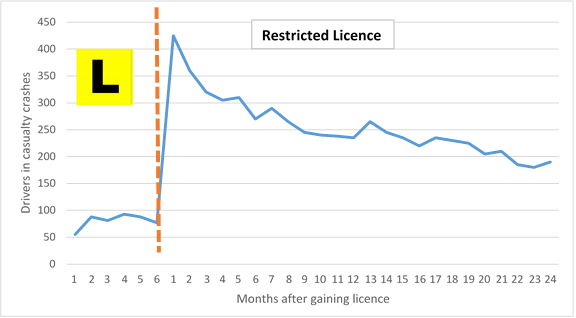 The first six months after achieving a restricted licence are the most risky for a young driver.  A young driver is five times more likely to be involved in a vehicle accident than a learner driver and seven times more likely than a 45 to 49 year old driver.  It is generally accepted that the reasons for this increase are a lack of knowledge, insight, driving skill and general lack of experience behind the wheel.

So how can you help your child become a safer driver?

Driver training: focus on the quality and relevance of the training you give your child when they are on their learner's and restricted driver's licence.

Too many children are involved in car accidents. You have the knowledge and experience to make sure  your child isn't one of them.

For tips on how to be the best driving teacher visit these tips for driving coaches.

Going for your licence?

The New Zealand Transport Agency (NZTA) have produced some handy g​uides to help you pass your Restricted licence test and your Full licence test.

Research has shown that wearing high visibility gear such as fluorescent clothing and helmets reduces a motorcyclist's risk. The more visible you are, the less likely it is that a driver will not see you and the less chance there is of being hit.

Never assume a driver has seen you. Position yourself so drivers of other vehicles will see you. Get to know their blind spots and stay out of them.

Good gear can also prevent or reduce injuries in a crash by over half. Always wear appropriate safety gear when riding.

Whatever your level, training will make you a better rider. As well as improving your handling skills, it will increase your ability to scan ahead for hazards, which will reduce your risk of being involved in a crash. .

Always ride to the conditions. Ride and corner at safe speeds and drive no faster than a speed at which you can stop in the clear space ahead of you.

Driving in New Zealand can be very different to driving in other countries.  A number of crashes in the district are caused by not keeping to the left on the road, fatigue, distractions of the landscape and loss of control due to high speed.  General guidelines to help keep safe on the roads in Mid Canterbury are: