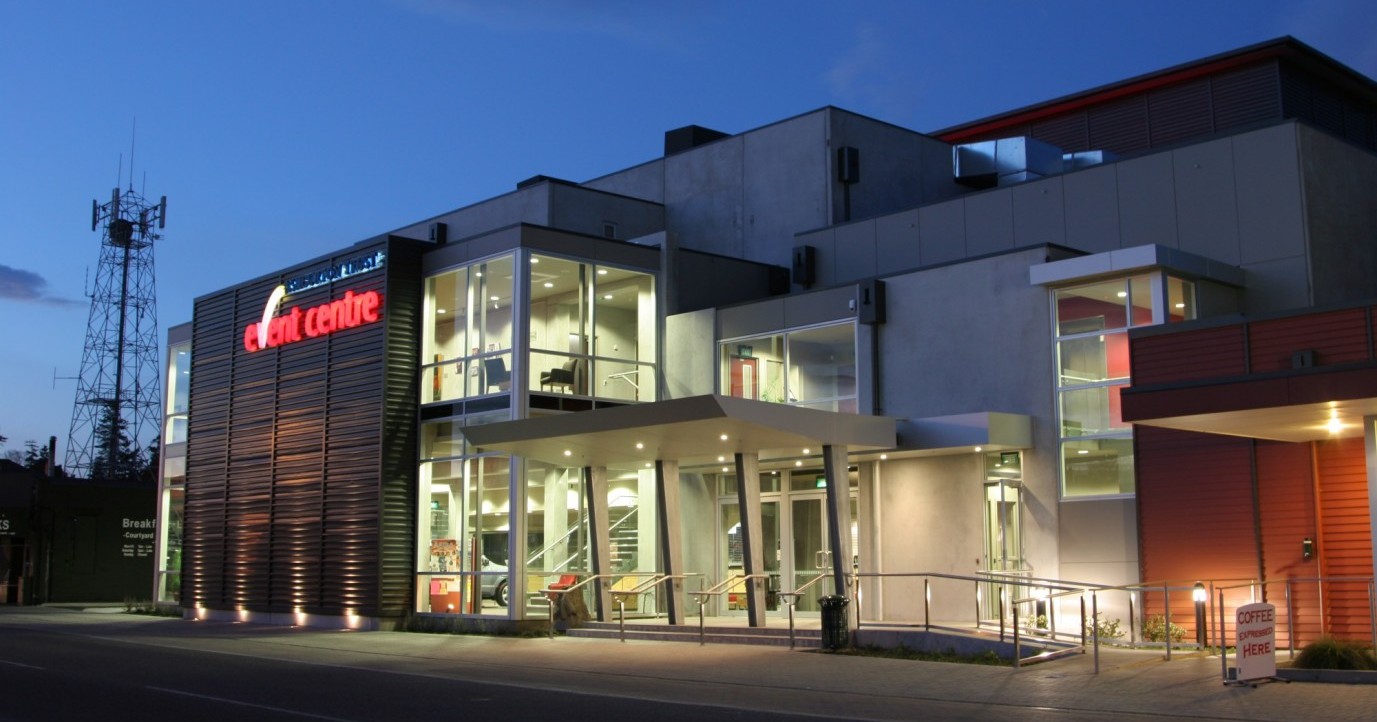 The Ashburton Trust Event Centre opened in May 2008 and is located in Wills Street in the Ashburton CBD.

The event centre features a 500 seat fully appointed auditorium and conference venue, a functions room able to
cater to up to 150 people and a smaller meeting room.

The Ashburton Trust Event Centre is fast gaining a reputation as one of the South Island's most exciting venues providing huge scope for a variety of events. From weddings to conferences, business launches to artistic performances, it can cater to a range of requirements.

The event centre is owned by the Ashburton Performing Arts Theatre Trust which employs the centre manager
and staff.