Please check this link for the latest information on changes to opening hours or closures.

The Centre is very much a partnership project with all organisations working together to provide the district with an integrated culture and heritage facility offering a full range of exhibitions and services.

The Art Gallery and Heritage Centre enables proper care and display of our district's history, art and culture and caters for current and future generation requirements.

By preserving the district's archives, we are providing our community with a greater understanding of our heritage. 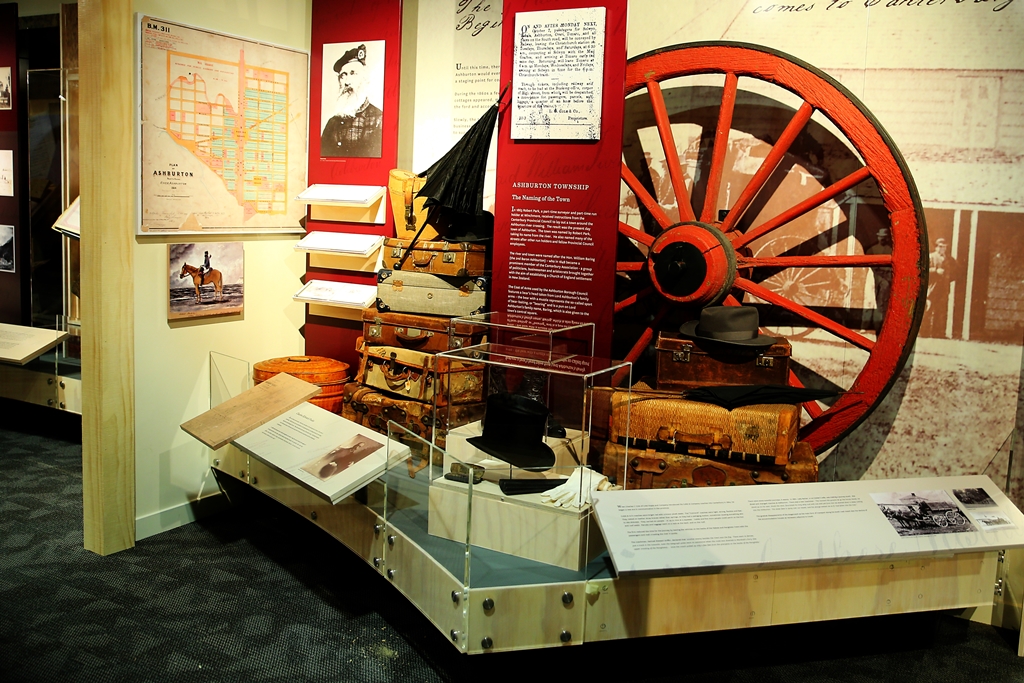 Preserving the foundations of tomorrow's Ashburton

Ashburton Museum is a community museum dedicated to preserving and making available for research and study, the history and heritage of Ashburton District. The museum holds a large collection of historical records and photographs related to the wider district.

The museum's exhibition hall features a permanent exhibition depicting the development of Ashburton District from pre-human to recent times. It has sections devoted to natural history, Takata Whenua, early settlement, civic affairs, church, education and health, as well as industry and farming.

Of particular interest are the portrait wall with photos and biographies of newcomers to the Ashburton district, and a special display featuring the story of irrigation, a topic that is of particular importance to the district.

The Museum also holds temporary specialist exhibitions and events that run for a limited time. Check out their Facebook page for most recent news and exhibition updates.​

The major components of the Ashburton Museum's collections are:

Objects: The large object collection contains many items ranging from toys and furniture to industrial equipment. Significant items include a collection of war medals earned by an Ashburton District nurse, Emily Peter, during the Boer War and First World War, and a dress uniform from the New Zealand land wars.

Of special interest is the Wakanui collection which comprises early moa hunter artefacts, found at a historic camping and fishing site at Wakanui Beach. This collection is recognised as being of extremely high regional and national significance, being one of the very few finds relating to this period of New Zealand's pre-European history.

Examples of materials held include:

Photographs: The photographic collection contains more than 5000 prints dating from the 1870s to the present day, all related to the Ashburton District.

Research: The archives are available for research with the help of the museum's Archives Officer. Bookings are available in the research room from 10am to 4pm on weekdays.

Access to the research room is strictly by appointment only under the orange setting of the COVID-19 Protection Framework.

In some circumstances fees may apply for research and reproduction.

Included in the Heritage Centre is the Learning Centre, a classroom able to be used by school groups. Schools should contact the Ashburton Museum's public programmes coordinator for information and to make bookings.

Blog: Visit the Ashburton Museum blog to read stories about local history, information about events, and behind-the-scenes articles about the museum's collections. 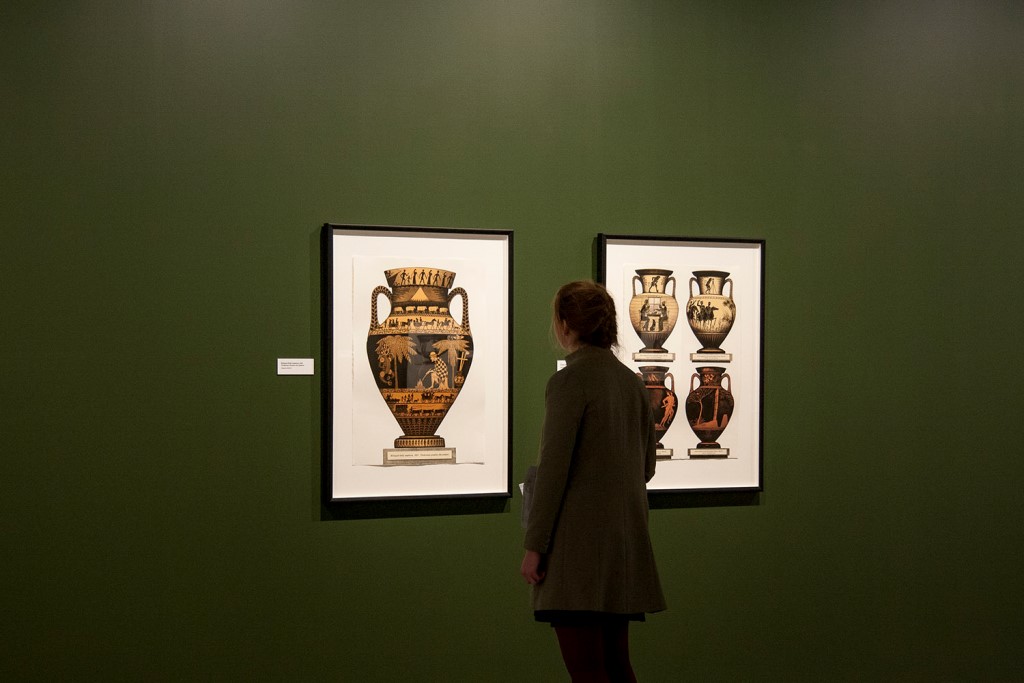 Ashburton Art Gallery is an exciting and innovative regional public art gallery and a source of pride to the local community. The Gallery aims to present a varied, thought provoking, and innovative programme of locally, nationally and internationally sourced exhibitions.

The gallery's permanent collection represents the creative spirit of Ashburton District through the works of regionally significant artists such as Kath Von Tunzelmann and Michael Armstrong, while also containing an array of works by significant New Zealand artists such as Philip Trusttum, Nigel Brown, Philip Clairmont, and Rudolf Gopas.

At the heart of the collection is the works of internationally celebrated, Ashburton-born children's book author and illustrator David Elliot. As the institutional caretaker of Elliot's vast collection, the Gallery has gained a notable point of difference.

Included are drawings from award winning books The Making of the Word Witch (a collaboration with the late Margaret Mahy), The Moon and Farmer McPhee and Snark, inspired by Lewis Carroll's The Hunting of the Snark.

Visitors are requested to exercise consideration of neighbouring residential peace and quiet when leaving the
facility by not slamming vehicle doors, unduly revving vehicle engine​s or becoming involved in loud conversations
on the street.

When the car park is full, please park in Baring Square, Havelock Street, West Street, or in the Council car park
behind the Council buildings. Please respect our neighbours by not parking outside residential houses in Cameron and Wills Streets. 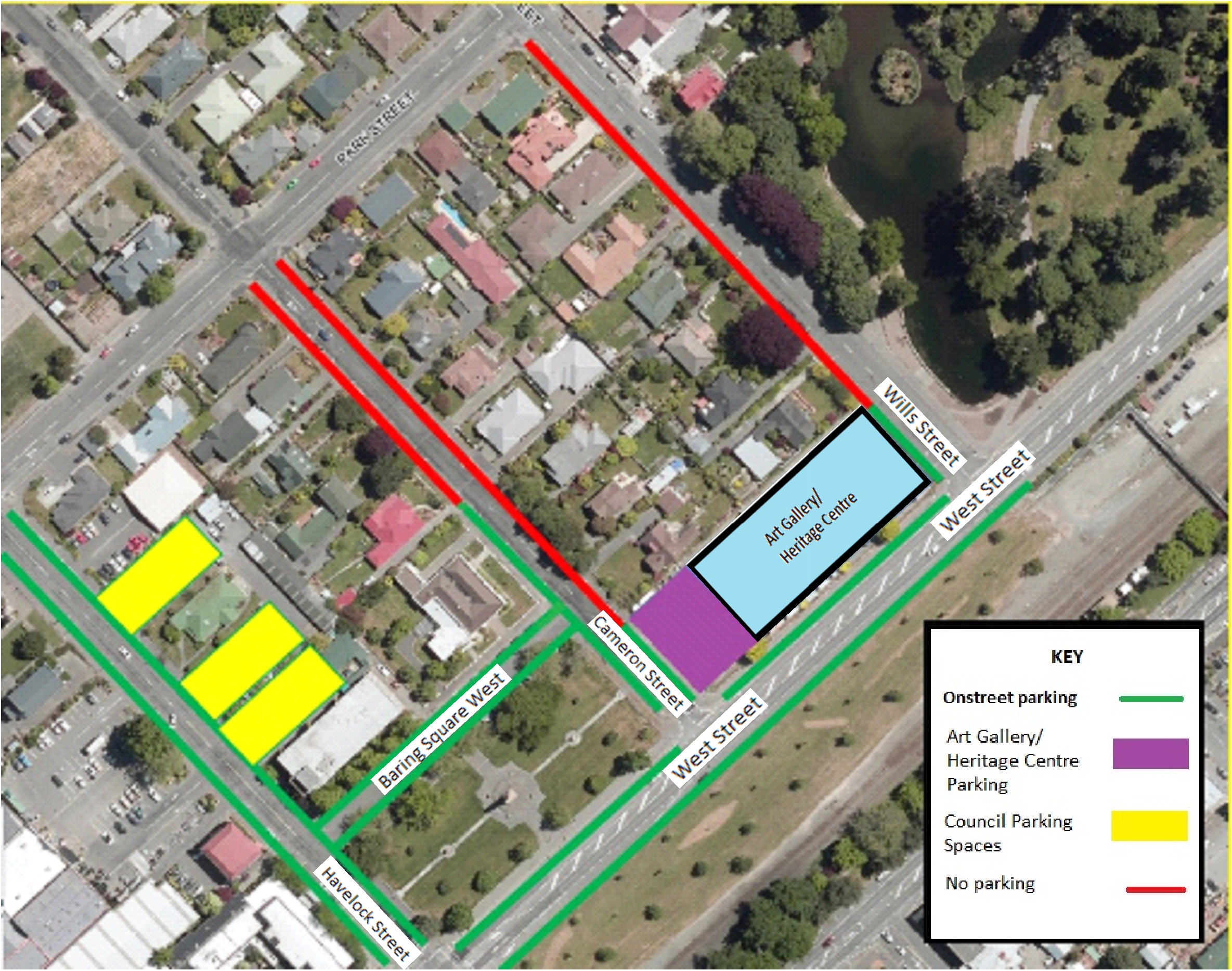