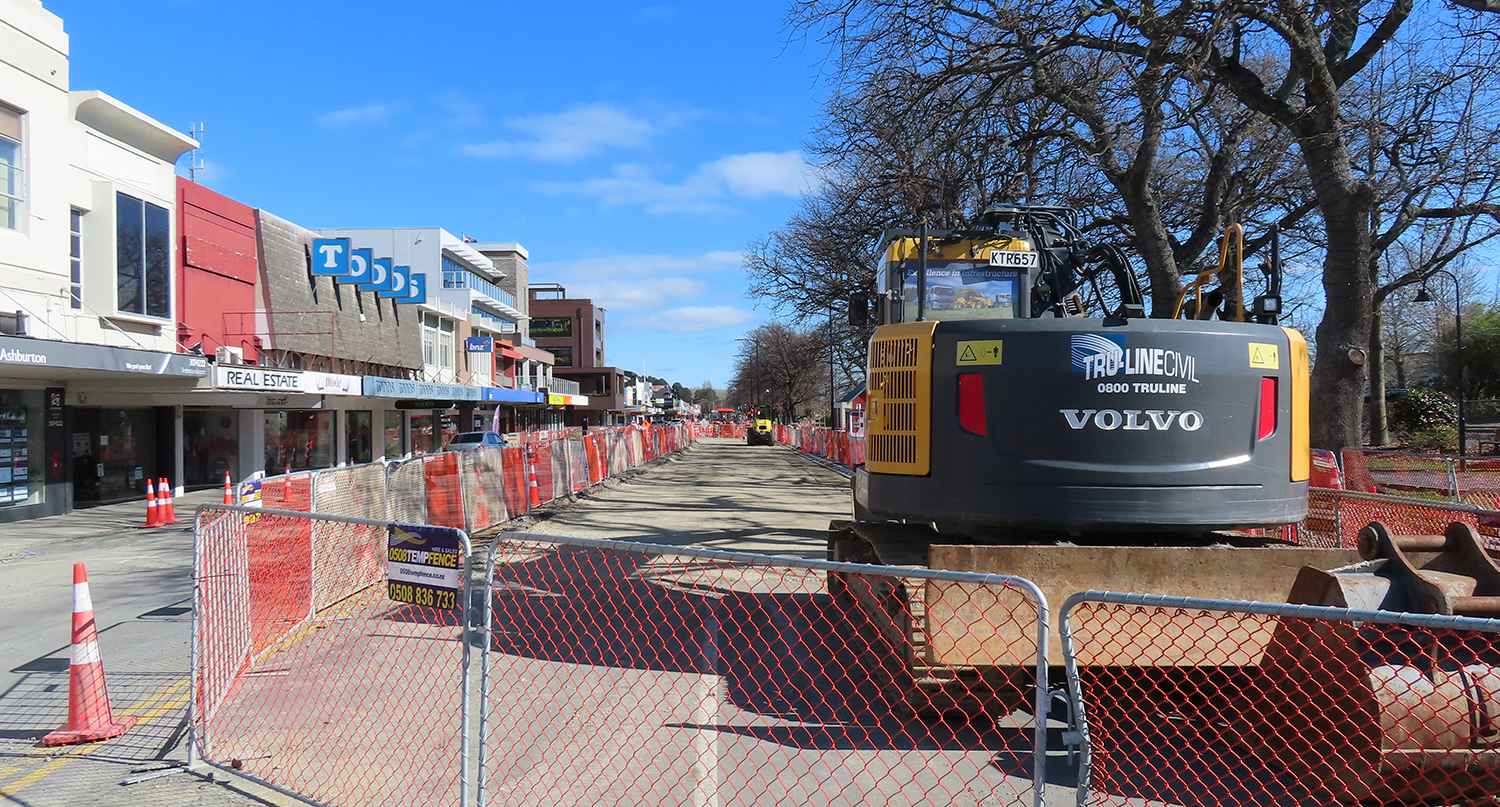 East Street will be closed to all through traffic from just south of Moore Street to Havelock Street for at least a week and Tru-Line Civil crews will work day and night shifts to dig out and reform the road on the shop side.

Work on footpaths will start Wednesday morning between Tancred and Burnett Streets, with ramps provided to those businesses that are operating.

Pedestrian access around the CBD will remain at all times and the West Street carpark is accessible via railway and pedestrian crossings.

Work on the East Street/Moore Street intersection also resumes in Alert Level 3, with paving to be laid this week and asphaltic concreting on Monday 6 September. The new traffic signals will then be installed and commissioned.

The CBD work is part of a $15 million revitalisation project for Council and Infrastructure Services Group Manager Neil McCann said contractors were working hard to get the East and Moore streets intersection open again as soon as possible.

“Unfortunately Alert Level 4 has resulted in a two-week delay, which has altered the programme of works. Tru-Line will have extra crews working day and night to do as much of the work as possible during level 3 to cause the least interruption as possible to businesses.

“We all want the work to be finished by the end of November, as originally planned.”

With East Street closed, Tancred Street will also be temporarily closed to through traffic for at least this week. Pedestrian access remains.

Burnett Street remains open, though vehicles cannot exit via East Street. They will be diverted down the alley beside Somerset Grocer to Havelock Street.

See the full project update on the Council's website here.