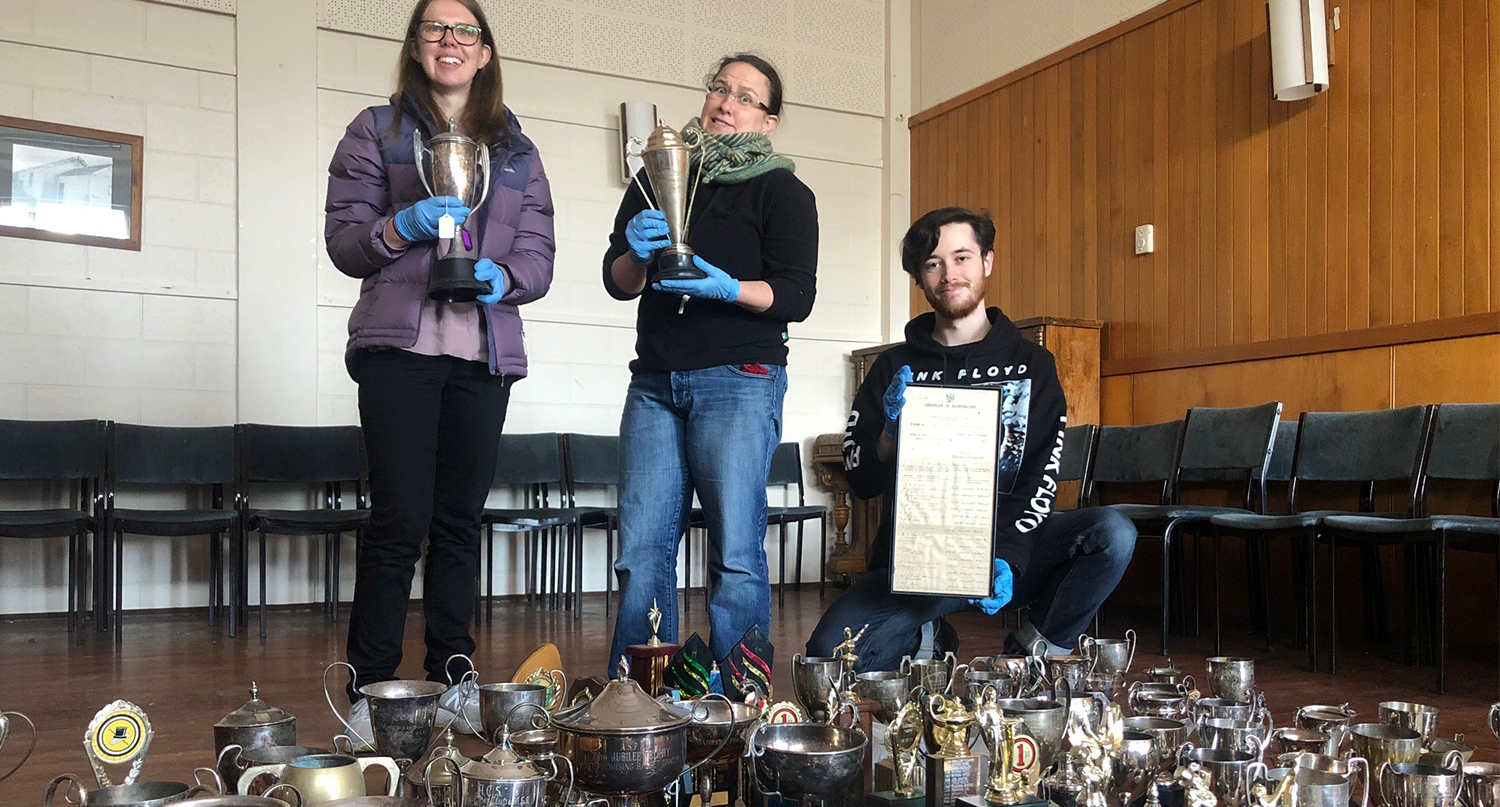 A treasure trove of old cups and trophies has been discovered in a back room at the Tinwald Memorial Hall and Ashburton Museum staff are trying to find out the silverware’s stories.

Most of the trophies belong to the Ashburton Competitions Society but the ownership of a few others is unclear. Some of the engraving on the trophies has corroded and the names are hard to read.

Many of the trophies relate to tap-dancing, ballet and highland dancing but museum staff are particularly interested in information about three of the older cups. One is the Walter Nash Rosebowl, first awarded in 1956 to a Paul Turton (or similar surname).

The trophies were enough to fill 20 cartons and they have been packed away safely, awaiting advice from the competitions society about ownership. The room had been locked up in the hall for at least a decade until a key was found and an old minute book was found with the trophies.