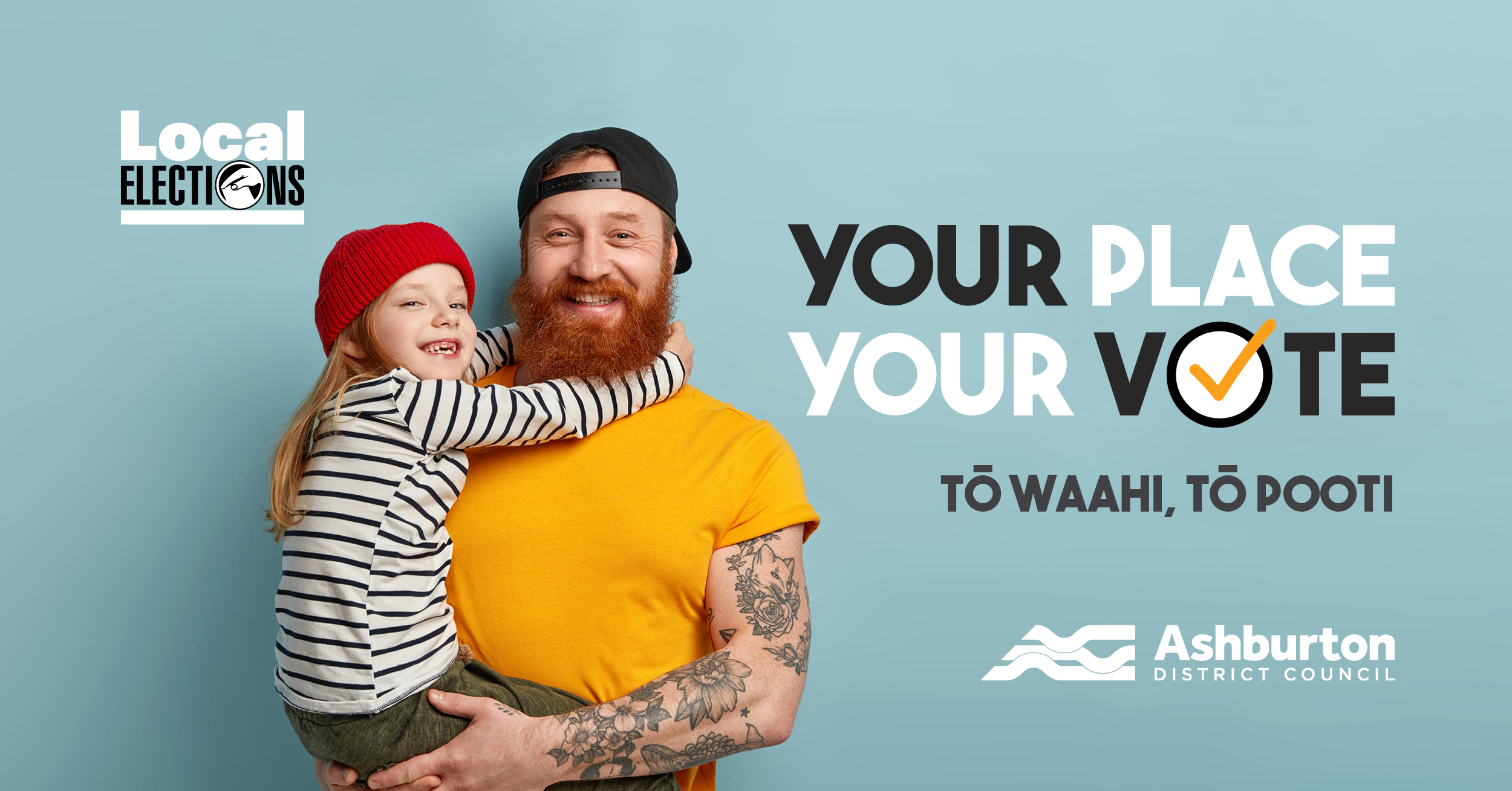 If you pay rates on property within the council area but live outside that area, you may be eligible to enrol as a ratepayer elector. A copy of the ratepayer enrolment form can be downloaded here​.

Further election related documents or links will be available from this page throughout 2022.

Elections will be held for:

In the 2018-19 Representation Review, the number of councillors in the Ashburton District reduced from 12 to nine and some changes were made to ward boundaries. The Ashburton Ward has been extended and includes the area around Lake Hood. The boundary between the Eastern and Western Wards was shifted closer to State Highway One.

Key dates for the 2022 elections are: