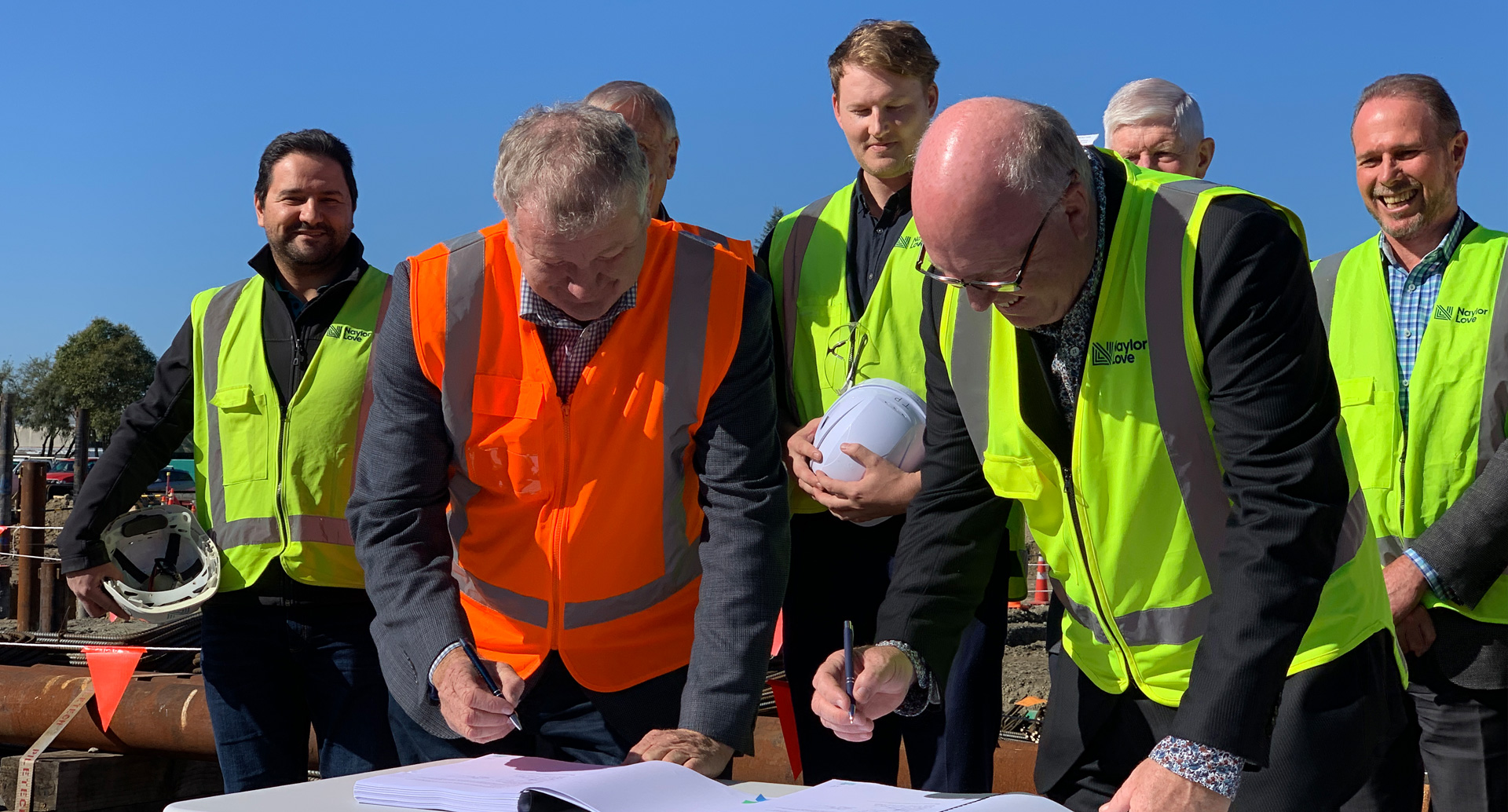 The $42 million construction contract was officially signed today at the site where the new facility will be built on the corner of Havelock Street and Baring Square East.

Council had previously announced Naylor Love Canterbury as its preferred contractor for the project in late December 2020 following an open tender process and had been in detailed negotiations with the company since then.

“We are delighted to entrust the construction of this important community asset to a long-standing, award winning company with a proven track record delivering large scale projects right across New Zealand.

“In addition to their commercially competitive tender, we were really impressed by Naylor Love’s leadership in environmentally sustainable construction. They have a great deal of experience in timber frame structure builds as well as artesian well heating and cooling which will be key components of the new facility.”

Naylor Love Canterbury Regional Director, Graeme Earl said the company was thrilled to be delivering such a major project for Mid Canterbury.

“Ashburton’s new Library & Civic Centre will serve residents for decades to come, utilising some of the latest efficiencies in modern construction.

“It is our great pleasure to be working with the Ashburton District Council as well as local sub-contractors to bring such an exciting facility to life.”

Construction has already begun and is expected to be completed at the end of November 2022.