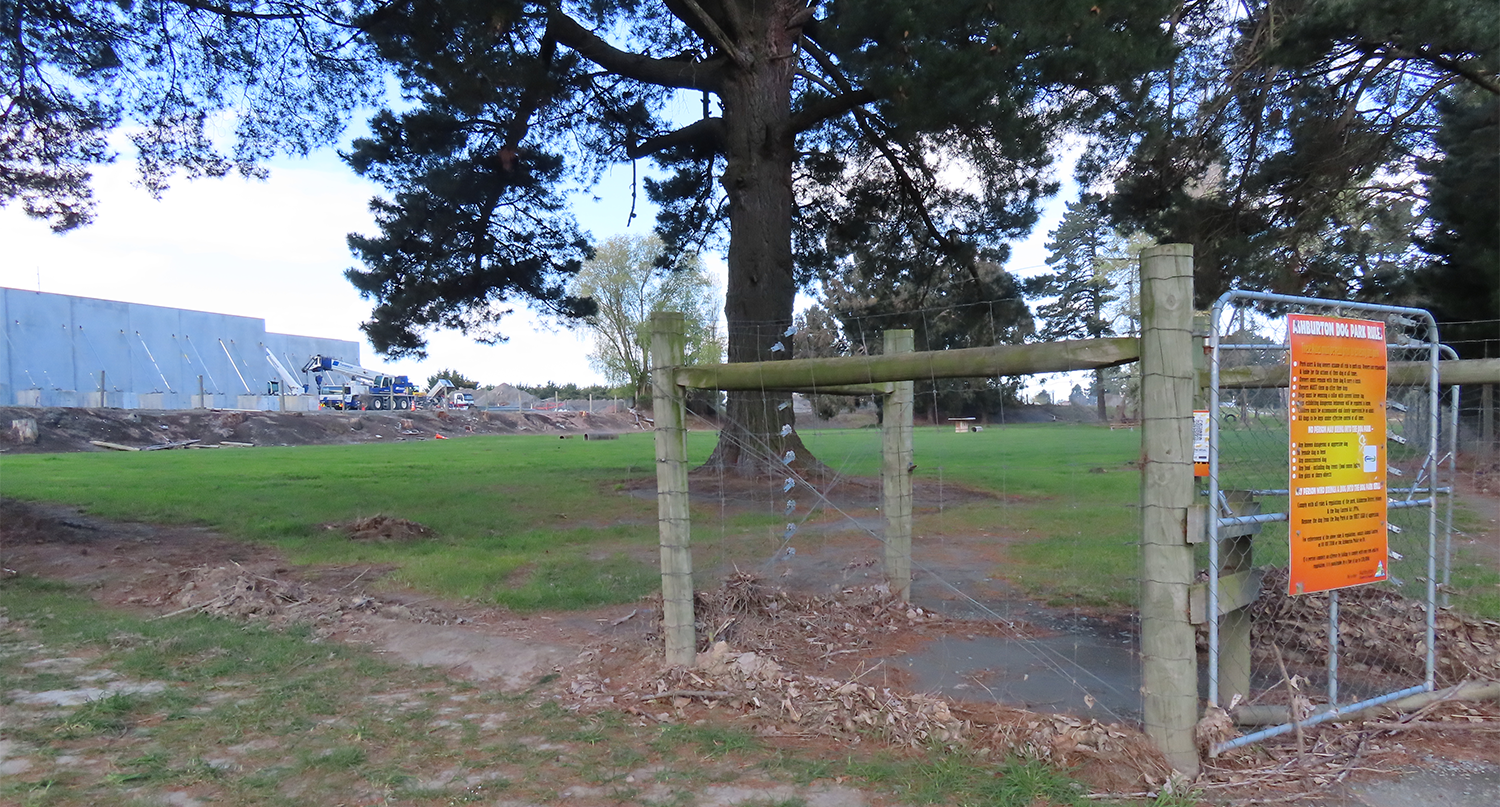 Arborists will be at the Ashburton Dog Park on Thursday and Friday this week with heavy machinery to remove trees, and dog owners and their pets are being asked to stay clear.

The park is officially closed until December while extensive repairs and improvements are made following the May flooding event. Floodwaters damaged fences and created sinkholes.

“But first Council has to deal with some large trees that have become a problem, so we are asking people and their dogs to stay away from the area at the end of this week while the tree specialists are at work with their gear.”

The redesigned dog park will include a new entrance at the end of Cass Street.

“We know people are missing taking their dogs there, but there is significant work to do. They need to exercise caution while that work happens.”

Council’s other dog exercise areas are open. These are designated areas where dogs can exercise off the leash, however they must be under the direct control of their owners.

Mr Fabish said dog owners were also welcome to use the old landfill area at the end of Range Street to run their dogs off the leash. The area is not an official dog exercise area and access is sometimes restricted, but dog bag dispensers were on site there, and receptacles for dog waste.