Work on a major intersection upgrade in Ashburton begins this week. The aim is to make it safer for school students, people who bike or walk and all road users to get around the growing town.

Two roundabouts will be replaced with traffic lights, the railway level crossing will be upgraded, and walking and biking facilities will be improved.

The project is the 14th of the NZ Upgrade projects to start construction with three smaller projects underway in other parts of the South Island/ Te Wai Pounamu.

Te Wera King, Upoko, Te Rūnanga o Arowhenua, Jo Luxton, MP for Rangitata, and Ashburton Mayor Neil Brown were joined by a small group of community leaders, and members of the project team at a blessing and sod turning event this morning (Monday 16 August), marking the start of site preparation.

Waka Kotahi Director of Regional Relationships James Caygill says the changes will improve safety and access for local people, help reduce delays and make it easier for larger vehicles to travel through the intersections.

“This is an exciting and much anticipated project that will make a real difference for Mid Canterbury people and all road users,” he says.

“The changes will transform the two intersections. They will keep traffic moving and make it safer for school students and other people biking and walking to confidently get around as the district grows.”

West Melton near Christchurch and Tinwald will also benefit from a $45 million package of rural intersection safety improvements in Canterbury.  It is a component of the larger Canterbury package, part of the Government’s $8.7 billion NZ Upgrade Programme investment, designed to save lives and get cities and regions moving with greater ease.

Contractor Fulton Hogan will carry out the work in Ashburton, with the project expected to take 18 months and be complete in late 2022/early 2023.

The first couple of weeks on-site will involve locating services, testing ground conditions and clearing the site so contractors can begin to widen the road and carry out other works.

A 30km/h speed restriction and other traffic management will be in place during the project to help keep road users and road workers safe. People are urged to travel through the site with extra care and attention.

There will mostly be two lanes of traffic available on SH1, with Stop/Go used intermittently.

Work will be undertaken Monday – Friday, 7am – 7pm, with occasional weekend work.

Neighbours will be notified if night works are required.

Find out more about the Walnut Ave project: https://www.nzta.govt.nz/projects/walnut-avenue-intersection-improvements/ 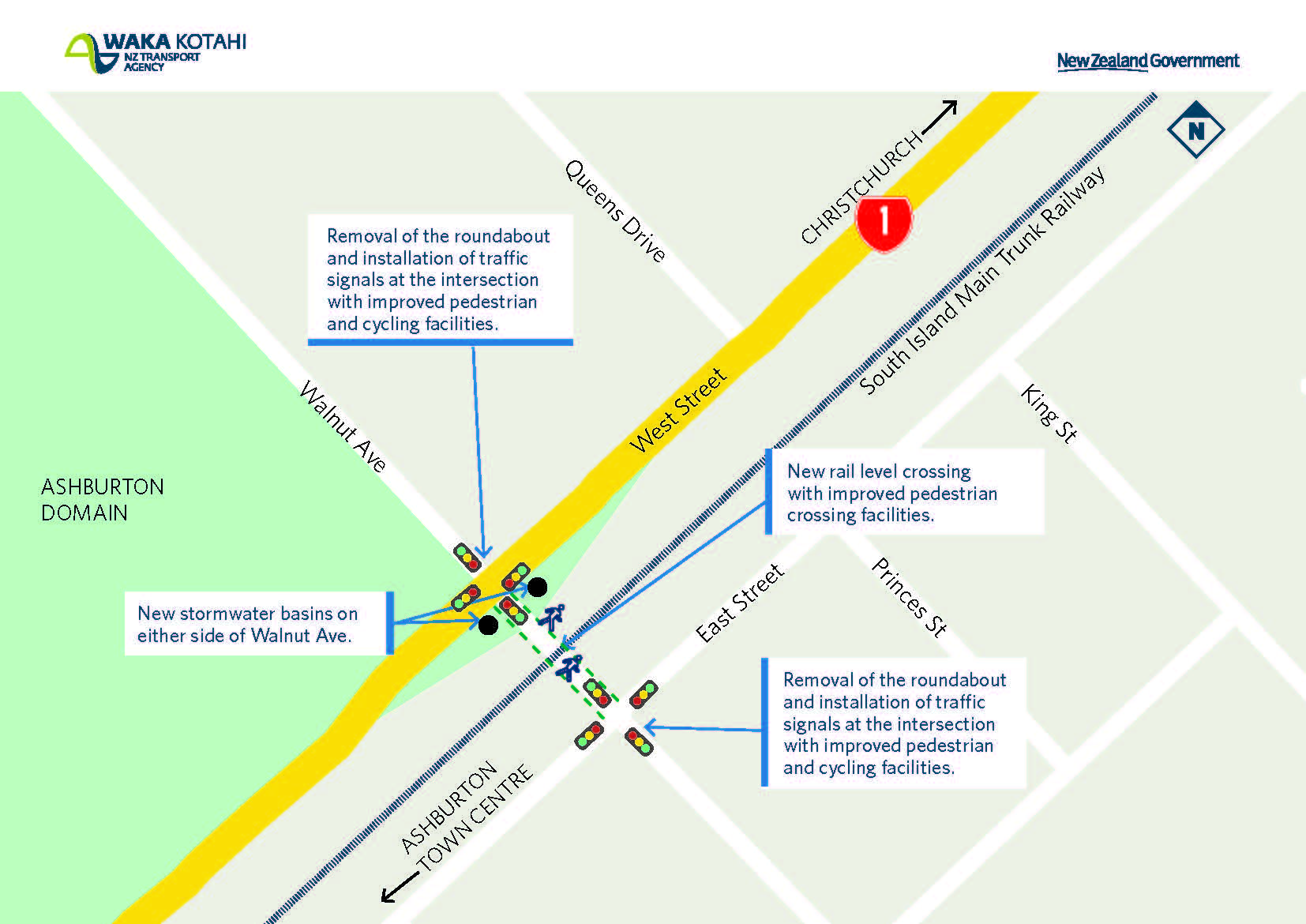